This is the first post in a new series called The Kits Critique (a baby fox is called a kit, so I thought this was just too cute and perfect!).

Every two weeks or so, the girls will review something they have an interest in, whether that be video games, music videos, books, or recipes. I’ll then post those reviews here. They love the idea of having their voices and opinions out in the world!

Ella and Anya both love to cook. I think we have 15 cookbooks just for them. They have a Gordon Ramsay cookbook that they’ve read about a million times, cover to cover. They are always begging me to let them try out a recipe on their own, with minimal help. So, I told them I’d let them do a recipe on their own, but I’d be right there to supervise and help as needed.

They wanted to do one of the Gordon Ramsay recipes, but I needed a recipe or cookbook that was geared more towards kids as cooking novices. After some research, I settled on this particular cookbook from Usborne, as it was designed for children to follow and understand on their own, and the reviews were pretty decent.

I am so glad I went with this book, too. It is perfect for kids. I almost didn’t need to answer any questions, because the instructions are thorough, and definitions and explanations are written throughout. It also directs kids to more in-depth pages if there is a concept that is a little tougher to grasp.

They both love lemon-flavored anything, so when they saw this recipe, they just had to make it. They both agreed immediately that this was The One. I had my misgivings, as the grain used is cornmeal, but hey, it’s for them to learn, right?

They quickly set to reading the directions. I’ve taught them to read the ingredients and recipe all the way through before taking the first step. They did it twice, as it was imperative, in their minds, that they get this right.

They gathered all of their ingredients. It’s at this point that Ella wondered aloud why there wasn’t any flour in the recipe. Hmm, good question kiddo. The girls also learned that because this book was written by a Brit, they needed to reframe the way they thought about ingredients. The book uses terms like “baker’s sugar,” which they had only ever encountered while watching their British baking/cooking shows.

Anya was pretty confused as to why we needed to “grate lemon skins into our cake.” After like five minutes of giggles, they got back to work.

Ella’s diligence with a knife was astounding. I am still pretty proud.

I forgot to take pictures after a bit because I was watching them pretty closely, but this is how it turned out in the end.

Anya hated it. She absolutely loved following the recipe and wants to try more (without my help, she asserts), but she said the cake tasted like lemon-flavored cornbread. Ella, my odd little duck, loved it and ate it for breakfast three mornings in a row before the cat got to it and dragged it under the couch. We are all still scratching our heads over that one.

Do your kids love to cook? What’s their favorite recipe/cookbook?

Best Tips for Socializing Your Homeschooler

This site uses Akismet to reduce spam. Learn how your comment data is processed. 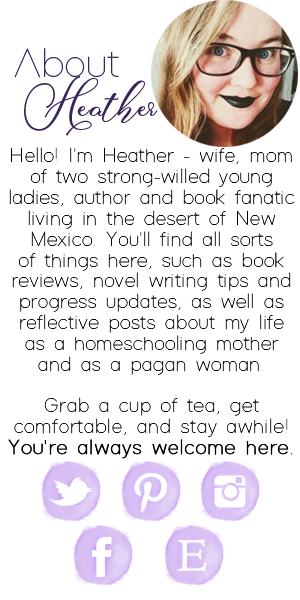 Posts may contain affiliate links. As an Amazon Associate, I earn from qualifying purchases.